END_OF_DOCUMENT_TOKEN_TO_BE_REPLACED

These top restaurants have “gone green” in a big way

New York’s Rouge Tomate received a three-star rating from the GRA in categories including water efficiency, waste reduction and recycling, among other efforts.

Going green is not just a food trend anymore — it’s a movement and it’s here to stay. To that end, The Daily Meal has supercharged its annual list of the greenest restaurants in America in celebration of Earth Day, and from a vegetarian café in New York to a tap house in Spokane, restaurants are getting greener by the day.

END_OF_DOCUMENT_TOKEN_TO_BE_REPLACED

It seems like the Dallas culinary scene’s thought leaders and trendsetters are getting younger and younger as each year passes. Shortly after her 29th birthday, Kirstyn Brewer, executive chef at Victor Tango’s, is leading a restaurant that’s been a Henderson Avenue institution for more than 10 years.
The few years have been a bit stagnant for Victor Tango’s, but it’s undergoing a mini-Renaissance in this L.A.-born chef’s capable hands. I sat down with Brewer just before she started prepping for the night’s dinner service to talk about her culinary background, taking the reins at an established restaurant, and the one ingredient that you’ll never see on a Kirstyn Brewer menu.

What was it like to come into an already-established restaurant and kind of turn it on its head by changing the menu so dramatically?
I think because that was kind of the goal, not to change everything but to take it in a different direction, it had to be gradual. I started at Victor Tango’s as a sous chef, working for Greg Bussey. I did that for about a year, just learning the flow and pace of the kitchen and restaurant. Even then, I was adding my own touches and doing my own dishes. It was slowly pushing on what we could get away with the guests. At first it was a little hard if we tried to do something adventurous, but as time went on, it got easier and easier.

END_OF_DOCUMENT_TOKEN_TO_BE_REPLACED

It becomes more difficult every year to rank America’s best restaurants. We say that having done it for nearly a half-decade. As interest in dining out increases, and more great chefs train younger good ones, fantastic food continues to spread out across the country. Exceptional culinary landscapes in big cities get even better, and new and different dining scenes are born and in turn attract and inspire even more greatness from a growing number of talented cooks. This makes trying to rank the country’s best restaurants in 2014 all the more challenging, but also all the more interesting, worthwhile, and intriguing.

END_OF_DOCUMENT_TOKEN_TO_BE_REPLACED 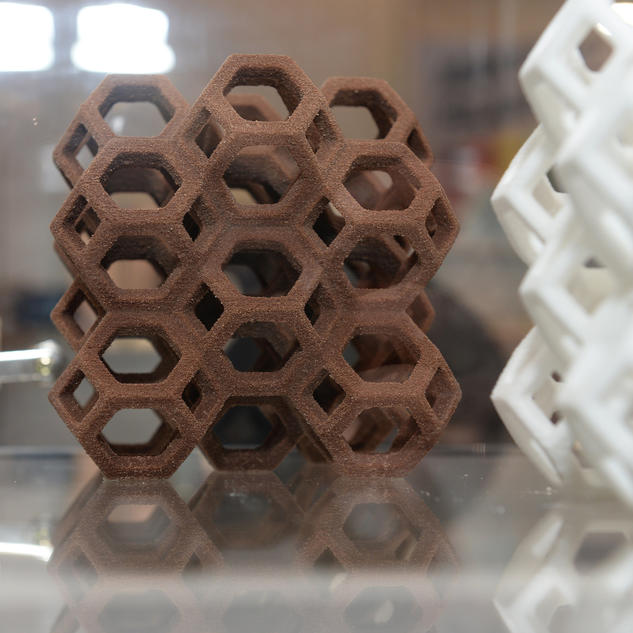 END_OF_DOCUMENT_TOKEN_TO_BE_REPLACED

There’s a new molecular gastronomy gadget in town, and it’s something everyone, not just chefs, can use every day. Montreal-based company Molecule-R has invented the AROMAFORK™ — a fork that will change the way you perceive flavors.

The fork releases scents as you eat with it and “tricks your mind” to detect enhanced flavors.

Here’s how it works: Your tastebuds recognize five tastes — sweetness, sourness, saltiness, bitterness and umami. Your nose, on the other hand, can detect up to a trillion smells. By releasing aromas, the AROMAFORK™ gets your brain working double duty, getting it to perceive aromas on top of tastes.

END_OF_DOCUMENT_TOKEN_TO_BE_REPLACED

Pure Adventures self-guided cycling tours allow travelers the opportunity to experience a region’s cuisine and restaurants at their own pace and taste, unlike group tours that may choose dining options for you. With a culture rich in gastronomy and Spain offers unrivaled restaurant choices — and sometimes it is hard to know where to go! With local expert and Pure Adventures guide Bo Lohmann residing in Girona, the guess work of picking the perfect place for a meal is eliminated — Bo has dined at many of the top restaurants.

END_OF_DOCUMENT_TOKEN_TO_BE_REPLACED

At his recent Culinary Conclave in Spain, the celebrated chef offers pronouncements and provocations and poses some challenging questions.

The format of the Culinary Conclave organized by Ferran Adrià and Andoni Aduriz on March 29 and 30 at LeDomaine, a luxury hotel in a converted monastery adjacent to the Abadía Retuerta winery in Spain’s Ribera del Duero region, called for 15 international journalists to give presentations on the recent gastronomic history of their respective home regions. After each one, Adrià sprung to his feet and, well, did what he usually does when he addresses a crowd: talks with great enthusiasm in a sort of stream-of-consciousness manner, full of non sequiturs, provocation, and aperçu, full of rhetorical questions and occasional head-scratchers.

Here is a transcription of some of his remarks, presented as he offered them, in no particular order (or perhaps in an order that made sense only to him), but as usual with Adrià, full of ideas and challenges: